Harmen gives me assignments, but we do not always find the time for feedback sessions. I am putting forth a disclaimer, in a sense, that this is  my response and may or may not represent Harmen’s ideas on the subject. In any case, I learn by doing them and reviewing them.

Assignment: Give a description of the following moving lines/trigram combination: – 1st line in Wind – 2nd line in Earth – 3rd line in Mountain – 1st and 3rd in Thunder.

Wind is a gentle, unseen force, which has affects over time. The yielding line, at the beginning is like the gentle, unseen part, and the other firm two lines are the affects. Arousal in the first place of wind would be an indication to pay attention to the beginnings of the gentle forces put in motion. It is a call to consider what is not seen, the thought processes, the intentions and motivations. Look at the thoughts coming, that which is unseen and inside, in reference to their affects over time. 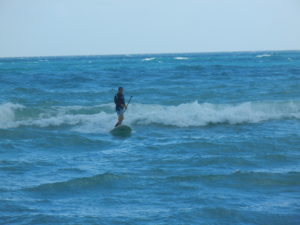 Earth is nurturing, yielding and open. All lines being yielding characterize the imagery. Arousal in the second place is an indication to consider what and how the outward expression is taking place. The situation and time and fifth line would give more information on whether to increase firmness or to continue to give way. It is a place characterized by adaptation on an inner level and in a favorable way. In any regard it is place to consider these inner qualities and how they are expressed outwardly. 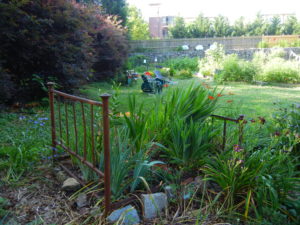 Mountain is representative of restraint, stillness and the ending and the beginning. The lines form the image of a gateway. Arousal in the third place calls for an intense inward focus on the decisions involved in the situation. The intensity and the inward focus of it come from the line position, the meaning of the trigram, and the placement of the trigram in the lower place.  All are factors which call for inward consideration of a decision. Look at the path leading there and the path going forward. Movement in this line suggests instability in the decision. Whether it is favorable to firm up the original intent or give way to other considerations, and which is favorable, depends upon the situation and the time. 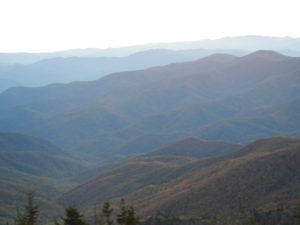 Thunder is about action and movement in a burst of exploding effort. The firm line at the bottom gives rise to open growth in the upper two lines. The attributes of thunder speak of rising up from below and a rumbling down under. Arousal in the first line and also in the lower trigram, connect with the overall meaning of the trigram. They all speak to the importance of focus at the beginning and inwardly. A moving line in this position indicates a need to think about the action, because once it is begun there is no stopping it, according to the attributes of thunder. Its favorability depends on the situation being considered, for example whether it is a cause or a choice to be made or an understanding the motives and intentions within a situation.

3rd: A yielding line in the third position is considered incorrect. It is in the place of making a decision and considering inner factors, and if what was begun is to be continued. Its placement at the top of the lower trigram also calls for a focus about the implications of moving forward or outward.

The yielding line at the top is a place to consider a decision while looking at the intentions of the beginning. It is a place to consider the decision in term of its place moving outward and forward. Arousal in this place indicates a possibility of re-considering the current affects that were begun with a burst. In applying it to thunder it is looking at the startled environment and deciding about the favorability of the situation. A startling shock can get things moving or it can arouse too much fear to continue. 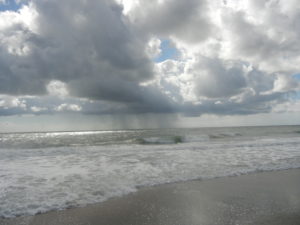 Moving lines in both the 1st and 3rd place of the trigram thunder indicates instability in the characteristics of thunder. Thunder is not about hesitation, and the movement in these lines call attention to this characteristic. The situation is marked by instability and a contrast to the attributes of thunder. If both lines were changed into their opposite, then the trigram becomes its inverse, which is mountain. It is as if the arousal and focus on the first and third lines in thunder quiets it into the attributes of mountain. This consideration of opposites heightens the instability of the situation. The favorability of these lines depends upon the situation which would dictate whether it is a cause for concern, or it is advice, or a description of the movement through time.